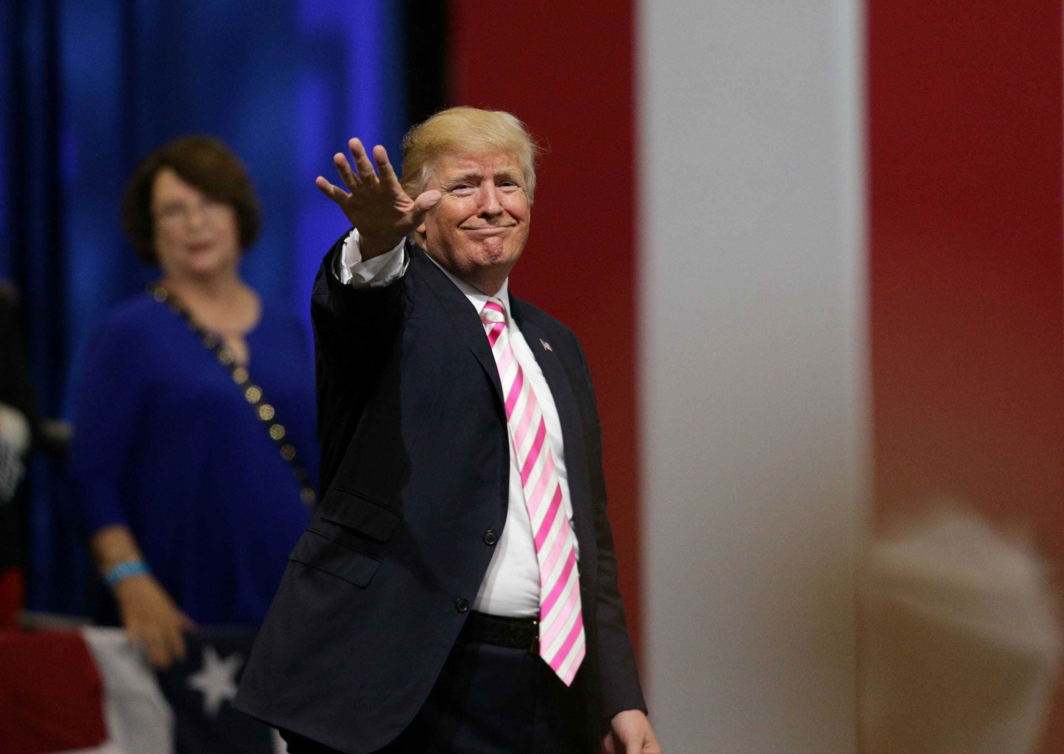 Two days before the first presidential debate of 2020, The New York Times dropped a bombshell story about how US President Donald Trump paid only token tax amounts on hundreds of millions of US dollars flowing into the Trump Organization and its subsidiaries.

How he did it suggests several things:

Tax abnormalities exist in every nation but these revelations shatter any American illusions that all taxpayers are honest and so are government tax officials.

Trump’s refusal to release his tax returns as presidential candidates have done since 1972 gave rise to speculation that his claims of being “really rich” might have even exaggerated. He has fought efforts by Congress and others to get his actual tax filings all the way to the Supreme Court, which ruled that state authorities could file suit to see them, which is happening in New York State.

In America you pay federal income tax in the year after it was earned. Filing for 2016 and 2017 President Trump paid just $750 each year in federal tax. He does give away a percentage of his federal salary so that helps reduce his tax liability, but he remains the sole owner or largest shareholder of parts of the Trump Company. He paid no taxes at all in several previous years, largely because his business empire has consistently reported losing more money than it made, according to the Times reports. Business losses that exceed deductible limits for a year can be “carried foreword” to reduce taxes in succeeding years. (This amounts to an internal Ponzi scheme)

Financial documents reveal the business empire he brags about has struggled, with premium properties like the president’s Doral resort and his Washington D.C. hotel steadily losing money. In the next five years Trump is personally liable for around  $421 million in loans and other debts.

Additionally, the Times reports that Trump is still contesting an IRS claim that a $72.9 million tax refund granted in 2010 was illegal. If Trump loses that fight, with delinquent charges his repayment would be more than $100 million.

All of this is about federal (national) taxes on income from salary and businesses. States also charge taxes on these amounts. At a news briefing Sunday at the White House Trump called the story “fake news,” as he does with anything he disagrees with but offered no specific explanation. Once again he promised to release his tax returns when an IRS audit is finished, which the IRS has said repeatedly does not stop him.

President Trump still owns his business, though he says he has given day-to-day control to his eldest sons, Donald Jr. and Eric. A company lawyer labelled the paper’s claim riddled with gross inaccuracies.” After the Times story was published, several congressional Democrats said that it confirmed Congress—and the public—should have a complete view of Trump’s business entanglements.

“As the leader of Congress’s fight to obtain Donald Trump tax returns, this blockbuster report confirms some of our worst fears.” said Rep. Bill Pascrell Jr. (D-N.J.) “Trump’s titanic financial losses confirm that while he campaigned as a so-called brilliant financial wizard, Trump is a cheat, a fraud and perhaps the worst businessman in the world.“

Trump had made his business experience a critical element of his 2016 campaign, using his large business jet as a symbol of his acumen. This tax issue and his seemingly haphazard approach to managing his presidential responsibilities make a “business genius” claim less than credible. The feeble stimulus payment to low income taxpayers from the US government, compared to other comparable nations, becomes a bigger campaign issue in light of these revelations.

The Times has an immense assortment of financial documents it says it was given by sources it will not reveal. The tax returns could push that issue back to the forefront of the presidential campaign at a time when the coronavirus pandemic, the economy and judicial appointments have so far dominated.

Trump’s total net worth is not stated in the documents. This, too, is a problematic area because he has reputation for overvaluing his properties when he wants to sell and undervaluing them when it comes to property tax assessments. The paper said they also did not show any previously unknown business connections to Russia.

But the documents indicate the future president made a windfall from his television show “The Apprentice.” That show brought Trump $427 million, the Times said, but Trump used the cash to buy resorts and golf clubs, all of which have been money losers. For now, the US taxpayers are helping out because Trump visited his own properties more than 270 times and the government paid hotel and food bills among other costs amounting to something above $1,000,000.