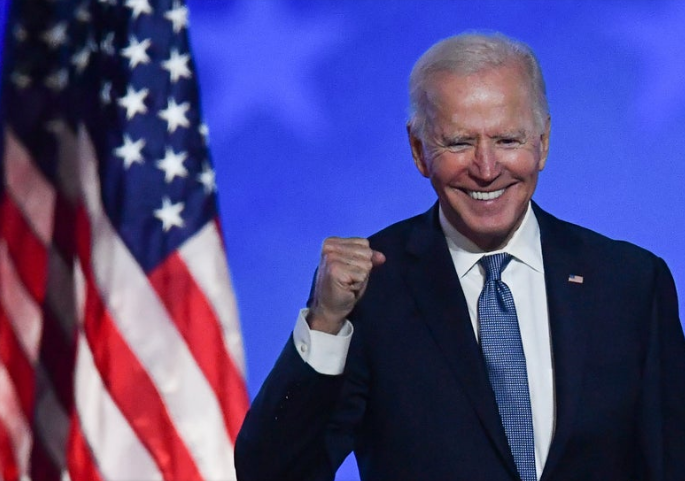 The Associated Press of United State, CNN and NBC confirmed the victory after Biden overtook incumbent Donald Trump in the state of Pennsylvania. Later, Trump allegedly had accused that the Democrats were trying to steal the election and claiming victory before the race was called. Biden, 77, will become the oldest president elected by the people of United State and the first to oust a sitting commander-in-chief after one term since Bill Clinton defeated George H.W. Bush in 1992.

Biden’s Republican opponent Donald Trump has refused to concede their defeat and said that he will not rest until the American People have the honest vote count they deserve and what Democracy demands. Trump had also demanded for recounting in the key battlegrounds where he was behind. Biden won 284 Electoral College votes, which earlier had called Arizona for the Democrat.

Officially Biden won back the battleground states of Michigan, Wisconsin and Pennsylvania. Buoyed by historic turnout, Biden obtained 4 million more votes than Trump nationwide, as of Saturday morning, winning at least 74 million votes to Trump’s 70 million. However, none of Trump’s lawsuits have gained traction or demonstrated that the results of the election can be overturned. In response, Joe Biden had gathered enough support to sweep aside one of the most unconventional and polarizing presidents in US history.