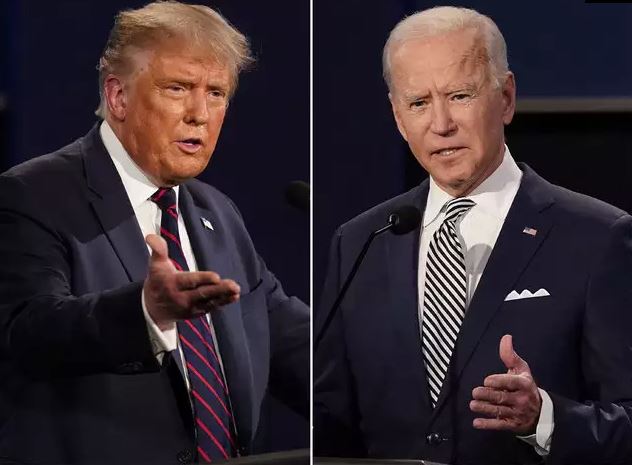 Democratic presidential candidate Joe Biden is just six electoral votes away from winning the US election following a thumping victory in the states of Michigan and Wisconsin. The democrat is currently ahead in the presidential race with 264 votes, while incumbent President Donald Trump has 214 votes in his kitty. All eyes are on the states of Pennsylvania, Georgia, Nevada and North Carolina, whose results will decide the fate of the two. The magical number is 270 Electoral College votes to win the presidential race.

Meanwhile, Donald Trump’s campaign has filed a lawsuit in Pennsylvania against the state Supreme Court’s decision to permit officials to count ballot received as late as three days after the Election Day if they were postmarked November 3 or before. Trump has been claiming there has been a wide-scale voter fraud which was responsible for delayed results. His campaign has announced lawsuits in Michigan, Pennsylvania and Georgia and demanded recounting of votes in Wisconsin. However, his claims have been dismissed by the experts. Biden’s campaign also called Trump’s statements as outrageous and launched Biden Fight Fund to ensure every vote is counted. The Democrat said Donald Trump and he will not decide the outcome of this election, it will be the Americans who will have the last word.

Democratic candidate Biden, who is inching closer to winning the race for White House, has said that he believes he will be the winner when the counting is finished. The results in Michigan, Wisconsin and Pennsylvania came as a huge blow to Trump’s campaign as these states had played an important role in getting him entry to the White House back in 2016. Biden has won more overall votes than any other candidate in the history of the US election. In the popular vote, Biden is ahead of his opponent by a huge margin of 2.7 million votes.