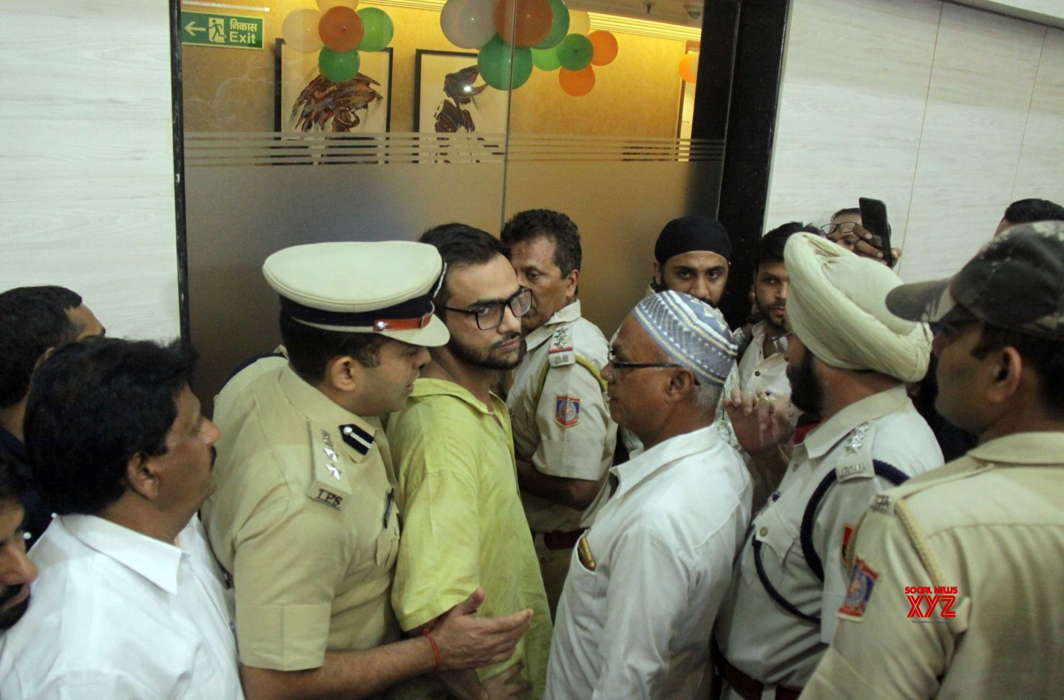 The Delhi Court has today allowed a 10 days police custody of Umar Khalid under the anti-terror law Unlawful Activities Prevention Act sought by Delhi Police stating that he has to be confronted with data of more than 11 Lakh pages, Umar Khalid was presented before the magistrate today after his arrest yesterday.

Additional Session Judge Amitabh Rawat after hearing the arguments through video conferencing noted that the application has been allowed for having a proper and effective investigation.

Umar Khalid was presented before the Additional Session Judge through video conferencing after his arrest yesterday.

Counsel appearing for Umar submitted that this application doesn’t say that they want to confront him. Counsel added that Umar has been interrogated for 5 hours on 31st July and the whole day yesterday.

He further added that Umar has been cooperating with the authorities in the investigation, despite this the Police have not found anything against him. Where is the crime? What do they want from him in 10 days? From 23rd to 26th during the riots, he was not here in Delhi and there is just one speech that too in Amravati.

Special Public Prosecutor appearing for the Delhi Police submitted that under the UAPA the sanctity of investigation has to be maintained.

The bench observed that the application has been allowed considering the nature of the case and role of Umar Khalid that has surfaced so far regarding the conspiracy and involvement in the Anti-CAA/NPR/NRC protest with the support of several radical groups/ organizations resulting in riots.

The ASJ has further allowed the three counsels for Umar to confer with him daily for not more than half an hour.

The counsel appearing for Umar also pointed out the safety of Umar in case he is taken out of the office. The bench in this regard has directed the DCP to make proper arrangements for ensuring his safety and security during the entire period.

Umar will be presented before the court on September 24th after the expiry of his police custody remand.

Did you find apk for android? You can find new Free Android Games and apps.
Share
Facebook
Twitter
Pinterest
WhatsApp
Previous articleMP HC issues orders in Hindi on Hindi Diwas
Next articleDelhi HC Allows EOL to JNU Professor seeking leave for Fellowship in France, Says it is a matter of great prestige