Amid ruckus, the Haryana assembly tabled amendments to bills related to the sale and transport of cattle in urban areas. The Opposition has said the government should build dairy complexes to keep these animals. 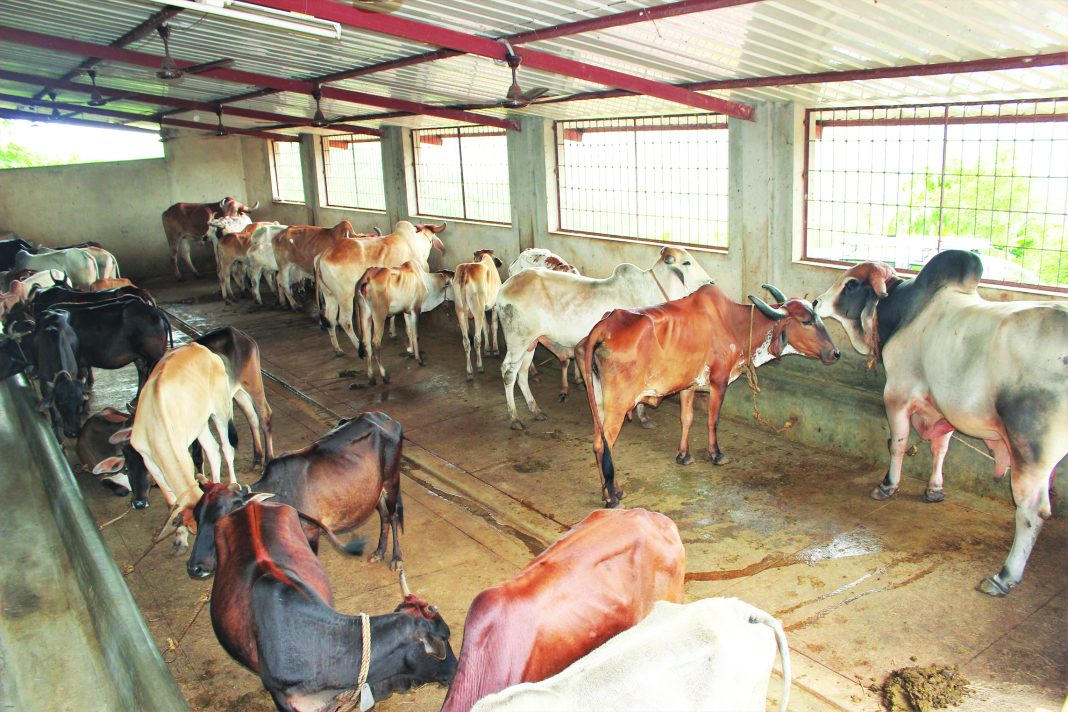 On March 1, there was a ruckus in the Haryana assembly over amendments related to the sale and transport of cattle in urban areas. It aimed at making a provision for a six-month jail term for those keeping such animals without a licence issued by civic bodies.

Congress MLAs Bibi Batra, Varun Chaudhary, Neeraj Sharma, Aftab Ahmed, Jagbir Malik and Shamsher raised questions on the amendment Bills. Seeing the objections of the Opposition, Chief Minister Manohar Lal Khattar gave his consent to send both Bills to a Select Committee of the assembly. The Committee will submit its report in two months. It will include four MLAs from the BJP, three from the Congress, one each from the Jannayak Janta Party and independents.

Bibi Batra said that before implementing the law allowing milch cattle-rearing in cities or removing dairies, the government should build dairy complexes where people can keep these animals. Aftab Ahmed said that the Bills should be sent to the Select Committee, whereas another Congress leader Neeraj Sharma said that a law should be made after making a dairy colony, in which case he would not oppose it.

Independent MLA Somveer Sangwan said that it was not clear in the bill how many animals the government would allow people to keep in cities. There are also rural municipalities too like Sisay where many people keep cattle. Therefore, the Bills should be sent to the Select Committee, he said.

Khattar said that keeping cattle and opening dairies in urban areas was creating chaos. The sewerage system gets stalled at times. Therefore, it was necessary to amend the rules, but keeping in view the spirit of the House, send the Bills to the Select Committee, he said. These Bills also include the issue of simplification of business licenses, which the government will implement through a notification.

According to the legislation: “No person shall use or permit to be used in any place or premises for keeping horses, cattle or other quadruped animals or birds for transportation, sale or hire or for sale of the produce” without a licence. Violating the law would be punishable with imprisonment for a term up to six months or a fine.

The Haryana government will conduct a resurvey for shifting dairies in Panipat and prepare a plan to shift all dairies out of the city. The process of allotting the remaining 19 dairy plots in Municipal Corporation of Panipat and shifting of dairies to the allotted plots is underway and will be completed by September 2022.

Presently, the Haryana Gauvansh Sanrakshan and Gausamvardhan Act, 2015, applies to the state. Earlier, the Punjab Prohibition of Cow Slaughter Act, 1955, governed the slaughter of cattle in Haryana and the same provisions were applicable in Chandigarh, Himachal Pradesh and Punjab. However, Haryana had stricter penalties for violating the law even prior to the 2015 Act. Anyone violating the law can be punished with rigorous imprisonment up to 10 years or fine up to Rs 1 lakh or both. The law places the burden of proof on the accused. The crime is treated as a cognizable and non-bailable offence.

Meanwhile, Uttar Pradesh has been tackling the problem differently. The Uttar Pradesh Prevention of Cow Slaughter Act, 1955, governs the slaughter of cattle. Slaughter of cows is prohibited and transport of cows outside the state for slaughter is not permitted either. The sale of beef is prohibited. The law defines “beef” as the flesh of a cow, bull or bullock. However, the prohibition does not include meat contained in sealed containers and imported into Uttar Pradesh.

On June 6, 2017, Uttar Pradesh Chief Minister Yogi Adityanath directed the state police to take action against cow slaughter and cattle smuggling under the National Security Act and the Gangster Act. In June 2020, the BJP government approved the Uttar Pradesh Prevention of Cow Slaughter Act, 2020, that prohibits the transportation of cow or its progeny for slaughter. The punishment is jail up to seven years and a fine of Rs 1 lakh to Rs 3 lakh.

In 2019, the Uttar Pradesh government allocated funds for cow shelters in the state budget and told district administrations and municipal corporations to make arrangements for these shelters. The government had also issued an order allowing companies to use corporate social responsibility funds to provide facilities for abandoned cows in rural areas. Now, there are more than 6,000 temporary “gaushalas” housing more than eight lakh cattle. More than one lakh cattle were handed over to farmers, who get Rs 900 monthly allowance under the Govansh Possession Scheme.

The UP government claimed that 44 of the 75 districts in the state have been certified “free of stray cattle”. According to the government, nodal officers in the Animal Husbandry Department regularly visit all the 75 districts for monitoring the gaushalas and resolve issues on the spot. In UP, till now 572 gaushalas run by self-help groups are registered under the Uttar Pradesh Gaushala Act, of which, 394 are active.

There is also the stray cattle menace. Prime Minister Narendra Modi on February 20 promised voters in Uttar Pradesh that after March 10 (election result) a new policy would be introduced to deal with the issue. He ensured that the government would make the dung of stray animals lucrative for the farmer. Stray cattle enter fields in herds and not only eat crops but also walk over large tracts of it. This causes heavy financial loss to farmers who have to keep watchful eye all night on machans to ward off the animals. Farmers have been forced to put up fences or have barricaded their fields with wires, incurring additional costs to tackle the problem.

Uttar Pradesh has taken the cow issue to a new level. The Allahabad High Court on September 1 last year suggested declaring the cow as the national animal, keeping in view its Vedic, mythological and cultural importance, apart from social utility. A single-judge bench of Justice Shekhar Kumar Yadav while rejecting a bail application said cows are considered as mothers in India. It is a matter of faith for Hindus. Injury to faith weakens the country, he said. Eating beef is not a fundamental right of anyone. The right to life cannot be taken away for the taste of the tongue, he said. The old sick cow is also useful for agriculture. It is not right to allow its killing, noted the bench. The judge said that cow slaughter is prohibited in 24 out of 29 states. One cow provides food to 410-440 people in a lifetime, while beef feeds only 80 people.