Joe Biden’s Cabinet: What lies ahead for the world and India 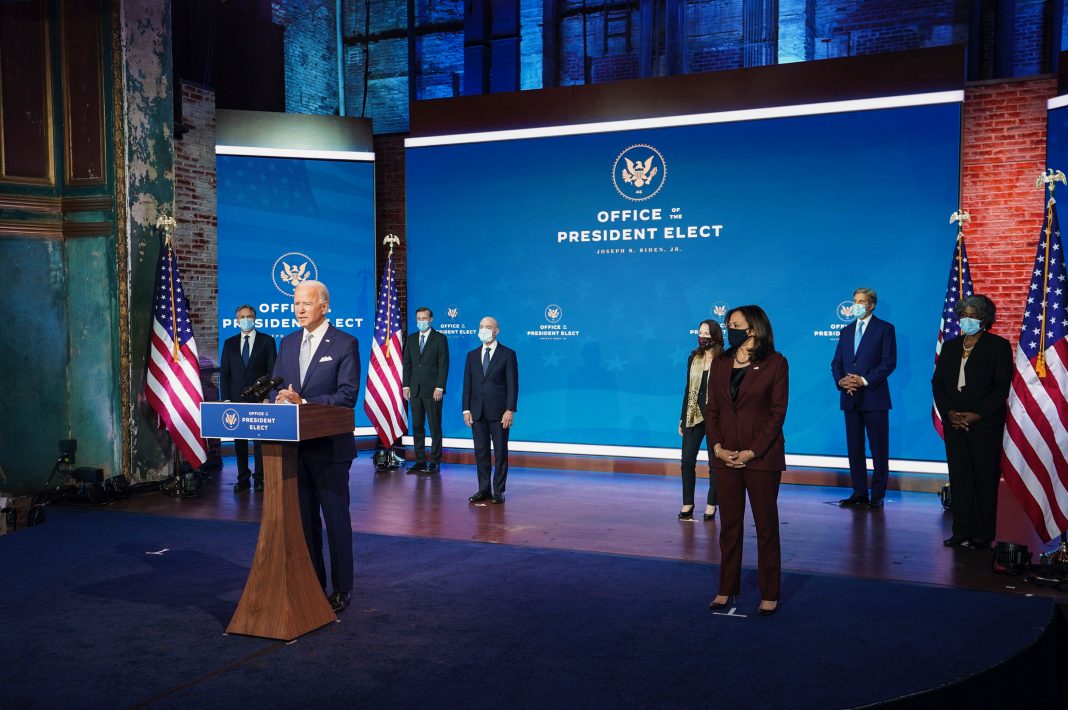 The eyes of the world are on the President-elect and the new team he has assembled to help him restore America’s global standing, badly undermined by Donald Trump. What lies ahead, judging by the names on his A Team, for India and a new world order?

The Biden Administration has two years to convince America’s voters that it has managed the pandemic, restored economic stability and deserves a US Senate with a Democratic majority. Concurrently, President-elect Joe Biden’s cabinet selection tells everyone—friends and foes—that America’s global perspective will be rational, sensible and devoid of extreme ideology.

Following four years of chaotic behaviour by a federal government flashing white nationalist thinking for right wing extremists, Biden makes a u-turn: “Across the board from our classrooms to our courtrooms to the president’s cabinet we have to make sure that our leadership and our institutions actually look like America.” With 50-plus years of public life, Biden knows and has worked with many people in and out of the government. He wants people he knows and trusts in critical positions. At this level, with so little time and such pressing problems, this is not a time for on the job training. But will it be fast enough? That question will assume significance in light of the following:

The initial choices have held critical government positions before and worked together. Realism means understanding that they inherit a polarised nation, a broken government, a medical pandemic, and a stalled economic system. So far, the cabinet choices suggest credibility enhanced by previous experience. No matter whom Biden selects they will be too centrist for the progressive wing of the Democrats and too liberal for the Republicans in the Senate.

The two cabinet posts most closely watched by other nations are the Secretary of the Treasury and the Secretary of State. For Treasury Secretary, equivalent to the Finance Minister in India, Biden has picked Janet L Yellen. Her high profile comes from her performance as chair of the Federal Reserve Bank from 2014 to 2018. She was chair of the White House Council of Economic Advisers under President Bill Clinton. She is an economist who believes that government regulation and intervention are required to ensure that markets run efficiently. Contrast this with Steven Mnuchin, an investment banker appointed by Trump, despite questionable ethics in the 2008 financial meltdown.

Biden’s choice for Secretary of State is Antony Blinken. This Harvard University graduate has a long history in government service and was then Senator Biden’s aide on the Senate Foreign Relations Committee. He was Deputy Secretary of State during the Obama administration, as well as Deputy National Security Adviser. More recently, he has been Managing Director of the Penn Biden Centre, an international policy center at the University of Pennsylvania. Contrast this with President Trump selecting an oil industry executive with no government experience whom he did not know personally.

Considering the people coming into this administration, we can expect the policy towards India to be similar to that of the Obama Administration, adjusted for current realities. Inevitably, US policy in Asia has a lot to do with China. Biden was in the past a champion of the US engagement policy with China and strategic ambiguity on Taiwan. However, over the past year, Biden’s position on China has undergone a major shift with a tougher stance on China’s human rights violations and strategic competition with the United States.

During the Democrat presidential primaries, Biden called China’s President Xi Jinping, a “thug” for having “a million Uyghurs” in ‘reconstruction camps’. After Beijing imposed the new national security law in Hong Kong, Biden vowed in a statement to “prohibit US companies from abetting repression and supporting the Chinese Communist Party’s surveillance state”.

Uncertainty in relations with Beijing makes the US strategic agreements with India all the more important. It cannot be ignored that Vice President Kamala Harris has significant Indian roots with her mother coming from Chennai. This position atop the American political hierarchy has not gone unnoticed by millions of Indians.

Perhaps some of the relationship ahead depends on Prime Minister Narendra Modi who found a sympathetic listener in Donald Trump. Issues related to Kashmir are certain to come up with a different attitude from the new government. The Trump Administration believed that a showman’s idea of reality was superior to anything created by thoughtful diplomatic work. Antony Blinken, usually called Tony, is a fluent French speaker with a Paris education as well as one in the USA. As incoming Secretary of State, he is a committed internationalist who has to rebuild relationships around the globe as well as restore professionalism to a demoralised agency. He can speak in very visual terms, for example saying in 2019 that the European Union’s Brexit crisis was “not just the dog that caught the car, this is the dog that caught the car and the car goes into reverse and runs over the dog. It’s a total mess”.

His job now is to make sure that the world understands Biden’s restoration plan, to face most urgent global challenges, especially climate change and the impact on ecological balance, a big issue in Asia. Immigration and trade are destined for overhauls, back to more of what it was in accord with international diplomatic standards. Recent rule changes that negatively impacted H1B visas essential to Indian tech workers and the volume of remittances will be reviewed and probably changed.

On the climate issue, Biden vows the US will return to the Paris Climate Accord and one-time presidential candidate John Kerry has been named a special presidential envoy for climate with a cabinet rank. Kerry was Secretary of State in the Obama Administration.

Other key appointments are Alejandro Mayorkas as Secretary of Homeland Security. A Cuban-American lawyer, he was the deputy secretary of Homeland Security for nearly three years under Obama and before that Obama’s Director of US Citizenship and Immigration Services. He would be the first Latino and the first immigrant to lead the department. Linda Thomas Greenfield will be the US ambassador to the United Nations. A career foreign service officer, she was ambassador to Liberia under Obama. Avril Haines is Director of National Intelligence. She was the first woman to be Deputy Director of the Central Intelligence Agency. A lawyer by profession, she was Deputy Chief Counsel for Senate Democrats and worked closely with Biden when he was a senator. Jake Sullivan will be Biden’s National Security Adviser, a position he held when Biden was vice-president. A relatively young 43 compared to some of the other appointments, he has been teaching at Yale University’s law school.

Some Republicans in the US Senate, who have joined the Democrats to confirm these appointments, will find reasons to object. “If not household names,” The Washington Post wrote, “Biden’s picks are steeped in the ways” of the capital, knowing the place as Trump’s collection of political allies, businessmen, donors, grifters, gadflies and relatives did not.

Some of the names on his list may be considered for more than one post, while others not on the list are possible choices. The Democratic Party make-up is pluralistic so the cabinet positions are part of a balancing act and thus impossible to predict solely on merit or skill. Other likely appointments include Vivek Murthy, one of Biden’s top advisers on the coronavirus. Dr Murthy, an Indian-American, is a former US surgeon-general and an outspoken advocate of more stringent gun control. Mandy Cohen is the Secretary of North Carolina’s Health and Human Services Department. Dr Cohen is known for her ambitious effort to transform the way the State pays for healthcare. David Kessler is a former commissioner of the Food and Drug Administration. Dr Kessler, a physician, was credited with tackling the tobacco industry and helping speed approval of more than a dozen drugs to treat HIV. Michelle Lujan Grisham is the well regarded governor of New Mexico and a former member of Congress.

Other names are doing the rounds but basically, the message being sent, as articulated by Biden himself, is America is Back!