The ARG Outlier Media and Goswami had approached the HC last year, filing a bunch of petitions seeking several reliefs in the TRP scam. 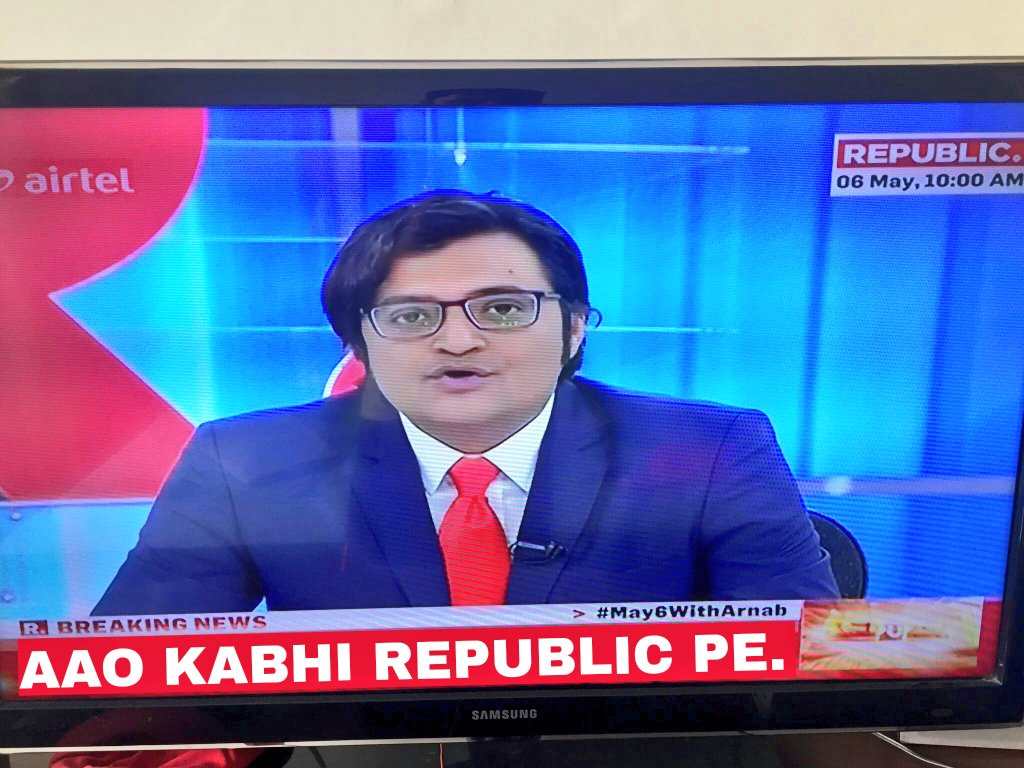 The Bombay High Court on Thursday said even after three months of investigation by Mumbai Police’s Crime Branch, there is nothing substantial on record against Republic TV Editor-in-Chief Arnab Goswami and Republic TV.

The division bench of Justices S.S. Shinde and Manish Pitale made the observations while hearing final arguments on the plea filed by ARG Outlier Media Pvt. Ltd challenging the criminal proceedings initiated against their channel and its employees in the TRP Scam case.

The bench said, “They will examine if the case falls under any of the categories enumerated in Bhajan Lal’s Case which deals with the extraordinary powers of the court under Article 226 and Section 482 of the Code of Criminal Procedure, to prevent abuse of the process of any court or otherwise to secure the ends of justice.

The bench said, “a probe into a case cannot go on forever”, and the “investigating machinery must stop at some stage”. Referring to the ongoing probe into the alleged TRP scam, the Court said, “The ED, CBI, state police, all should act with reasonableness, objective assessment. They should not appear to be another form of trouble.” All states and central agencies must be objective and reasonable while carrying out an investigation.

After Chief Public Prosecutor Deepak Thakare’s clarification that the police want to continue their investigation against ARG Outlier and Arnab Goswami, Justice Shinde said, “The investigation is going on for the last three months but don’t see anything that has surfaced on record to array petitioners as accused.” Referring to the Bhajan Lal case, Justice Shinde observed, “if the petitioner’s case falls under any of the categories, we need not wait for the completion of the investigation”.

While hearing the petition, the court said that the dilemma was the reliefs sought by Arnab Goswami and ARG Outlier Media Pvt Ltd. The petition seeks to quash the FIR and two subsequent charge sheets against ARG, its employees and Arnab Goswami; the second prayer is not taking coercive steps against them.

Justice Pitale noted, “The company and Arnab, at best, were suspects, as of now. You are not accused. You say quash the proceeding, but, what can be quashed and against whom, when you are not accused?”

The counsel for the petitioners, Senior Advocate Ashok Mundargi, told the Court that the Mumbai police were prolonging their probe into the case without naming Goswami and other employees of the ARG Outlier Media as accused but merely naming them as suspects in the chargesheet. To this, the bench said the state must make a statement before the court on how long were the police likely to take to complete their probe into the case.

ARG Outlier Media and Goswami had approached the HC last year, filing a bunch of petitions seeking several reliefs in the TRP scam. The pleas had alleged that the whole case was malafide and had been targeted for Republic TV’s reportage in connection with the death of actor Sushant Singh Rajput and Palghar lynching case last year.

The Court will continue hearing arguments in the case on Monday, March 22.