Trump vs Biden: The final US presidential debate 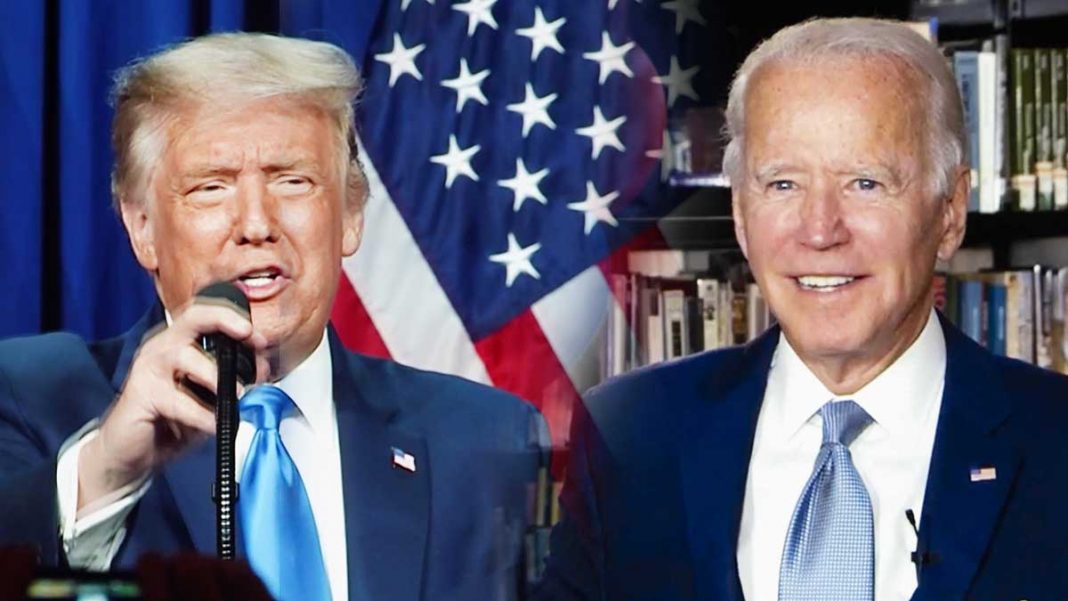 A determined debate moderator and some rules changes forced the final US Presidential debate into a somewhat more civilised style in Nashville, Tennessee. However, President Donald Trump ran into Joe Biden on one of Biden’s best nights.

The TV split screen effect can be merciless. Trump looked uncomfortable while Biden spoke; especially realising that Biden was often raising controversial issues first, putting Trump into a more defensive posture. Biden, in contrast, laughed and looked bemused as Trump ran through attacks based on mostly rightwing media claims. As we have previously noted, these political debates produce a big night for fact checkers.

Trump’s remarks on several issues, especially Covid-19 and immigration reflected his focus on Red States and business interests, not on any human factor.  In a discussion about racism in America, Trump again proclaimed, “Nobody has done more for the Black community than Donald Trump. If you look, with the exception of Abraham Lincoln, possible exception, nobody has done what I’ve done.” It seemed presumptuous especially when an assessment done for Black-oriented newspapers placed Trump in the bottom third of all presidents (bottom 15) and his historic track record on racial issues is quite uneven. Trump avoided making a law and order pitch although he criticised Biden for votes made nearly 40 years ago in the US Senate on punishment for drug violations that carried mandatory long prison sentences.

Biden pivoted to the need for more treatment programs for drug, alcohol and other abuse issues in society, while reminding viewers that Trump was obsessed in the 1980’s in New York City with getting death sentences for five young men accused of a Central Park rape. DNA tests eventually led to their being exonerated.

India came up in the environmental discussion. Asked why his administration has cut so many environmental regulations, Trump instead recounted how he loves clean air, clean water and hates dirty environments, claiming India and China are dirty.

Back and forth they went on immigration, economics, foreign interference in elections, North Korea. On the pandemic, Trump reprised his most famous assertions about a job well done by his team. Biden said a man who had 200,000 Americans die on his watch has no right to a second term.

Trump’s demeanour was significantly more restrained with less rage than he has demonstrated this week on the campaign trail since his hospitalisation for Covid-19. He did promise a vaccine shortly. Moderator Kirsten Welker pointed out that senior health officials in his Administration suggest mid-2021 and 2022 dates are more realistic. Trump said he was right and they were wrong.

The closing question in the 90-minute debate asked them to describe their inauguration speech.

Trump’s view of everything starts with himself as an astute businessman, ignoring his six bankruptcies. He promised economic success that will unify the country but warned that won’t happen under Biden. “I’m cutting taxes and he wants to raise everybody’s taxes,” adding that “If he gets in, you will have a depression the likes of which you’ve never seen.” Pretty standard Republican threats.

Biden looked into his camera and spoke directly to America.

“I will say I’m an American president. I represent all of you. Whether you voted for me or against me. I’m going to give you hope. We’re going to choose science over fiction. We’re going to choose hope over fear. …What is on the ballot here is the character of this country, decency, honour, respect, treating people with dignity, making sure that everyone has an even chance.” Biden concluded. “And I’m going to make sure you get what you haven’t been getting in the last four years.”

More than 42 million people may have paid no attention to the verbal slugfest having already cast their ballots as part of a pandemic-era rise in early voting. Undecided voters appear to be a microscopic segment.  This election is likely to draw ±150,000,000 voters.

For Trump, it was, with three brief detours into wobbly disdain, far better than his bull-in-a-china shop performance a few weeks ago. His supporters no doubt encouraged by that and his use of unconfirmed, probably fake, talking points beloved by conservative media outlets.

For Biden, it seems a strong performance on subject matter and delivery. He took the fight to Trump, who is more comfortable behaving like a professional wrestler than a boxing counterpuncher. The sports analogy is the Sonny Liston and Muhammad Ali match (1964) where the smaller, more agile Ali demolished favourite Liston in seven rounds for the heavyweight championship.

The next four or five months are going to be unpredictable as the USA adjusts to a new leader or continues with Trump. If the world holds its breath and does nothing unexpected, the planet will be better for it.